The success of polyamides is due to a combination of characteristics that make them ideal for many applications. Polyamides combine optimal mechanical properties with excellent chemical resistance; they can be used as metal substitutes or even as elastomers; they can be used in both protected and aggressive environments (UV rays, bad weather conditions, etc.); this is possible due to the numerous types of polyamides that manifest varied and specific characteristics.

Discover all products in polyamide

The synthesis of the first polyamides derived from the polymerization of dibasic acids and diamines occurred in the 1930s in the DuPont laboratories, coining the name currently used in common language as “Nylon”. Initially used as a fiber for a cotton substitute, it was later introduced in all fields in which a heightened mechanical performance was required, due to the possibility of it being strengthened with added filler. According to legend, “Nylon” derives from the acronym Now You Lose Old Nippon in response to the trade bloc on cotton between the United States and Japan, during the Second World War, for the production of fabrics for parachutes. With the arrival of polymerization from amino carboxylic monomers like Caprolactam (production of Polyamide 6) in the 1940s, a new nomenclature was introduced, which used the number of repeating units of carbon, for example, Nylon 6.6, Nylon 6, etc. In the same period, experimentation led to the discovery of all the other polyamides with the most varied combinations of alternations between -CONH- and -CH2- leading to the creation of Polyamide 3, 4.6, 11, 6.10, 6.12, etc. An exception to that is Polyamide 12 which was synthesized in the 1970s. Another innovation happened in the 1990s when the Polyphthalamide PPA was presented to the market; PPA is a polyamide that exhibits, within the base monomer, an aromatic ring shape that lends rigidity to the structure.

All polyamides are opaque semi-crystalline polymers or semi-transparent polymers with the exception of polyamide 12, which can also be found in the transparent amorphous version that was introduced on the market in the 1970s.

For all of the polyamides, the fundamental structural units are repeated identically along the whole length of the chain. That factor that makes them fall within the polyamide family is the presence of alternating amide and aliphatic groups.

The success of the polyamides is due to a combination of characteristics that make them ideal for many applications. Polyamides combine optimal mechanical properties with excellent chemical resistance; they can be used as metal substitutes or even as elastomers; they can be used in both protected and aggressive environments (UV rays, bad weather conditions, etc.); this is possible due to the numerous types of polyamides that manifest varied and specific characteristics.

THE PIMARY DIFFERENCES BETWEEN POLYAMIDES 6 AND 6.6

Polyamide 11 compared to polyamide 12, (with the same additives and reinforcements) shows double impact resistance at low temperatures; the deflection temperatures under load are similar, but the Vicat temperature (penetration of a tip under load) is higher and therefore, albeit with minimal differences, the performance of polyamide 11 at high temperatures is better. As a general guideline it can be stated that polyamide 11 offers chemical resistance to hydrocarbons and, in general, to other substances that attack polyamides, better than polyamide 12. It also guarantees a barrier effect to carbides and hydrocarbons up to twice as effective. On the other hand, polyamide 12 is the lightest polyamide of all, to the advantage of all those applications for which the mass is a discriminating factor and offers the lowest percentage of water absorption ever.

Polyamide 11 and 12 are more resistant to hydrolysis than polyamide 6 and 6.6 as they absorb less water. They also have slightly lower friction coefficients. The mechanical properties at room temperature and at high temperatures of polyamide 6 and 6.6 are higher than that of polyamide 11 and 12 but their propensity to water absorption makes performance difficult to predict because they are inconsistent. The last two lines are dedicated to polyphthalamide (PPA) which embodies the advantages of aliphatic polyamides, such as the excellent mechanical properties of polyamide 6.6, 6, exceptional chemical resistance and reduced water absorption of polyamide 11 and 12, to which it is added an exceptional improvement in performance, even in the long term, at high temperatures.

Show less -
Subscribe to Polyamide
Typologies
The heart of our production is extrusion and with this process we generate wounded linear tubes or straight cut pieces of tube. With further processing, we produce other types of products and we finally combine accessories and other items to complete the range.

Single tube, flexible or rigid, not thermoformed, cut and packed in straight bars. 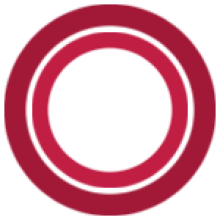 The success of polyamides is due to a combination of characteristics that make them ideal for many applications. Polyamides combine optimal mechanical properties with excellent chemical resistance; they can be used as metal substitutes or even as elastomers; they can be used in both protected and aggressive environments (UV rays, bad weather conditions, etc.); this is possible due to the numerous types of polyamides that manifest varied and specific characteristics.

Polyamide 12 is a polymer from an extremely versatile…

Polyamide 10.12, is a polymer deriving from both renewable and…

Polyphthalamide is a polymer derived from renewable sources. The…

Polyamide 6 is a polymer from an extremely versatile petrochemical…

Polyamide 6.6 is a polymer of petrochemical origin that is…

From the combination of materials and technology, research and development, we offer a series of… 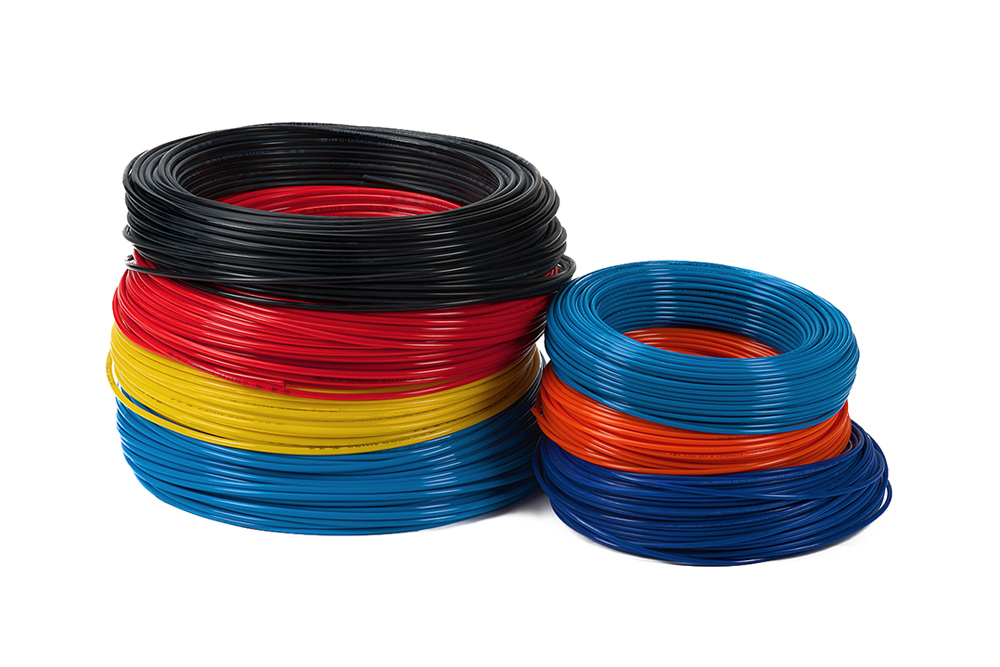 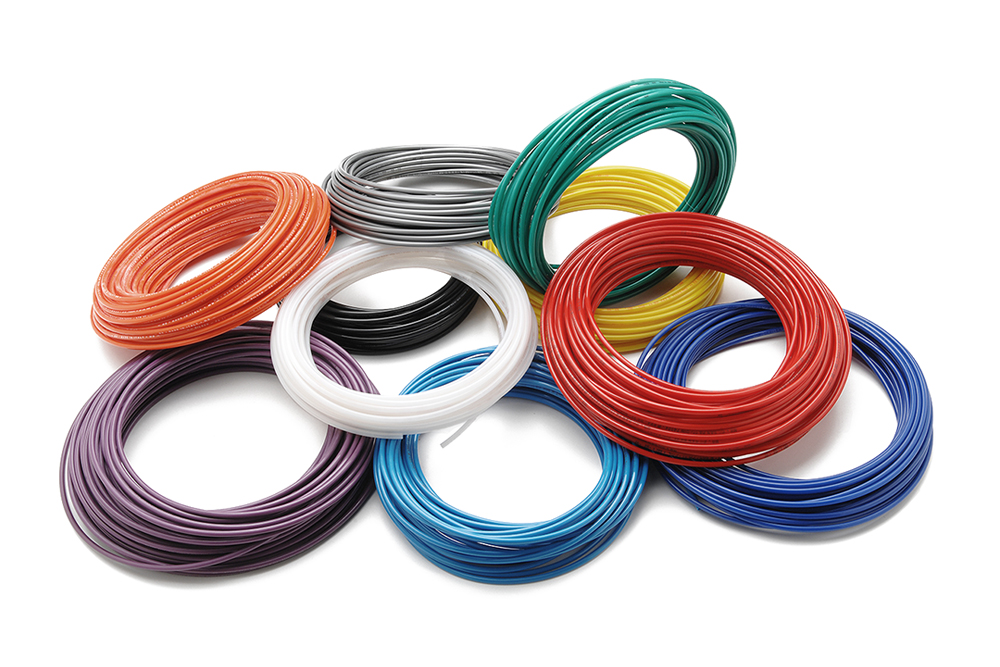 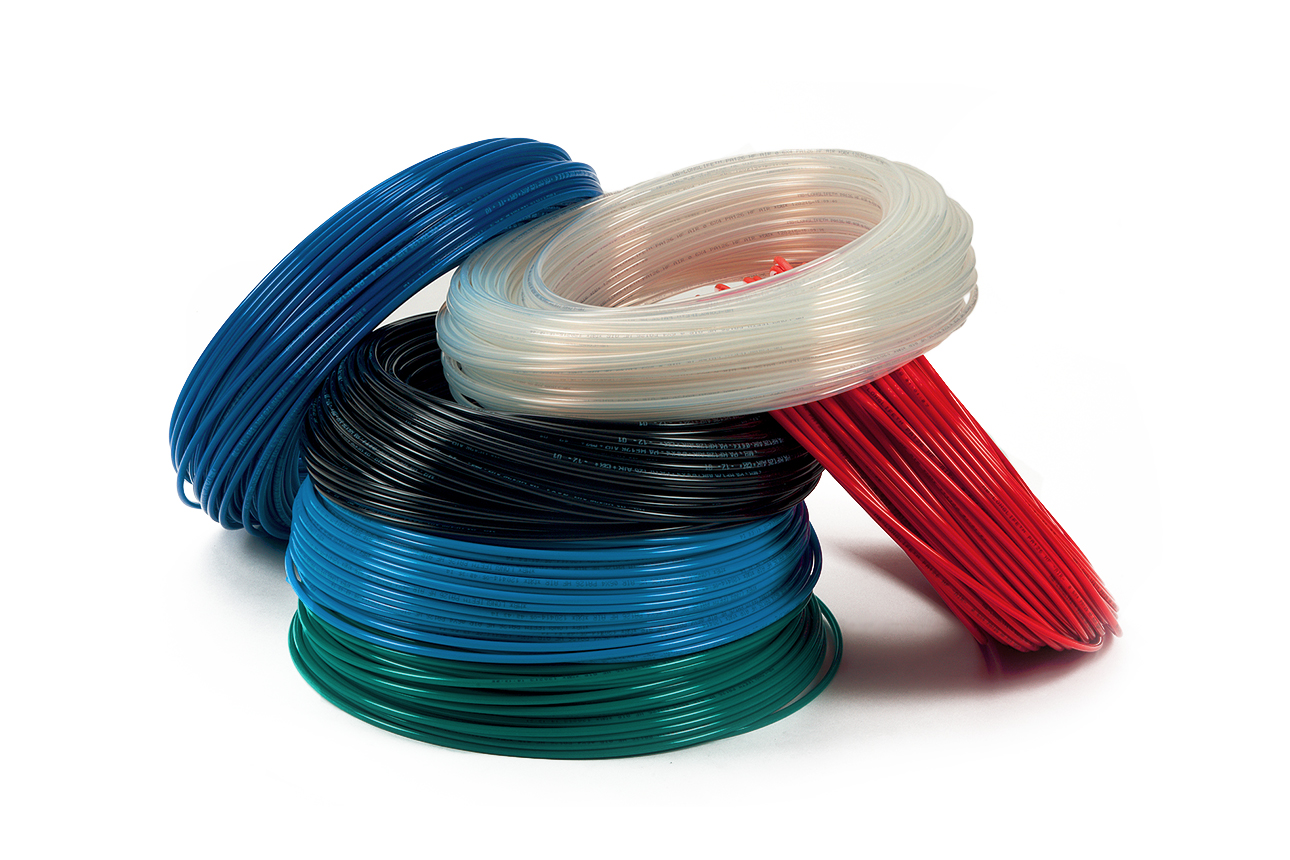 Linear hose in PA 12 ETHER-HF AIR. Three-layer structure resulting from a combination of research and technology. The best solution for industrial applications. 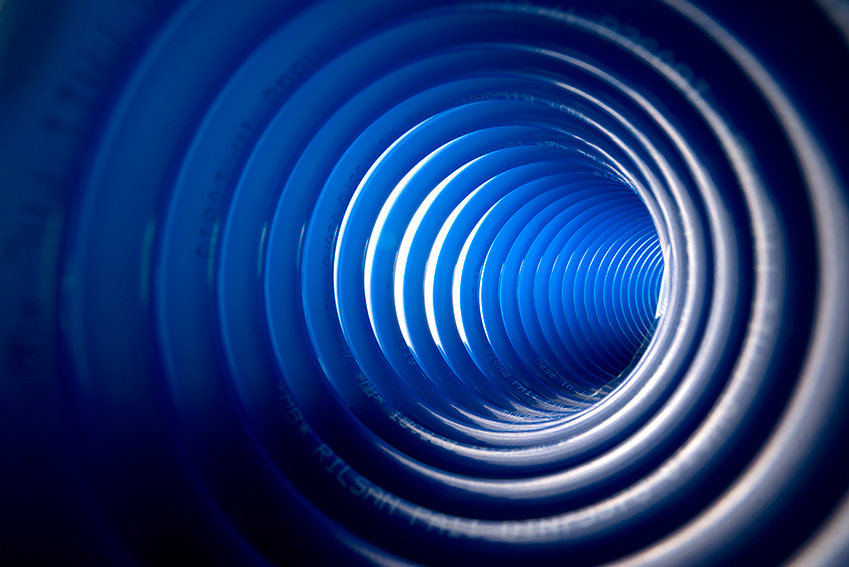 END_OF_DOCUMENT_TOKEN_TO_BE_REPLACED

There are four macro polymers that we work with to produce our tubes. Polyamides and polyurethanes are the most common solution for automation and therefore the passage of compressed air. When the tube comes to contact with fluids other than air or is installed in harsh environment conditions, fluoropolymer tubes intervene. When the cheapest solution is the key, polyethylenes have the upper hand.

The term polyurethane encompasses a vast family of products with numerous varied characteristics in terms of mechanical, chemical and physical properties. Through the right choice and proportion of polyols and diisocyanates it is possible for products to range from soft and sponge-like, such as flex...

Increasingly more technical applications in aggressive environments, in terms of temperature, chemical agents and atmospheric conditions, made it possible for fluoropolymers to find more space on the market. These polymers offer extremely high performance, though at elevated costs regarding both raw...

Polyethylene, making up 40% of the total volume of plastic materials produced in the world, is one of the most diffused polymers in everyday life. Despite its simple chemical composition, there are numerous varieties of polyethylene with differing thermal and mechanical properties.

To complete the range, we offer PVC and silicone pipes and various accessories for cutting, organizing and protecting our products.

Read more
Which language do you prefer?